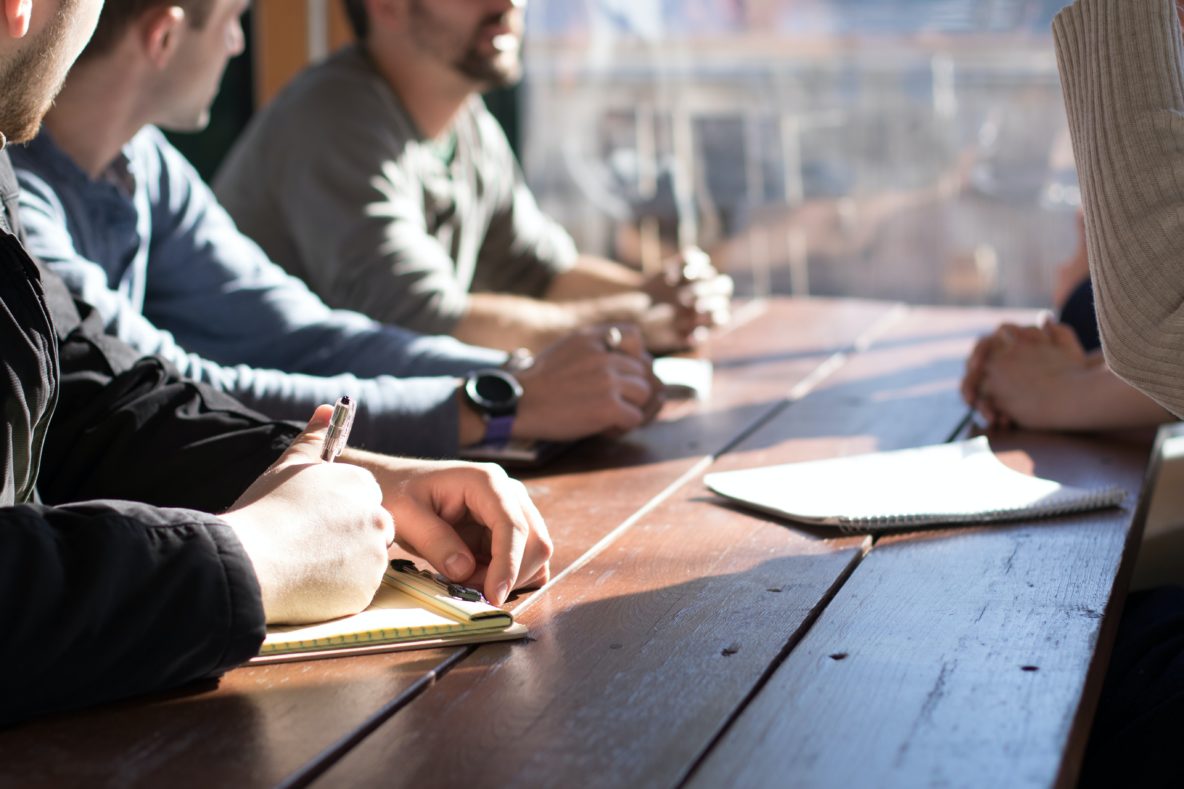 Did you know that you have a network? You do. Everyone does. Your network is basically everyone that you know. And the process of engaging with the people in your network in an intentional and strategic way has a name as well. That is called “networking.” If you are engaged in job search at the moment, or if you expect to be soon, networking is one of the most important tools in your kit – or at least it should be.

A dictionary definition of networking is “the action or process of interacting with others to exchange information and develop professional or social contacts.” Look closely at that definition for a moment. There are several keywords and phrases that give clear insight into what networking is (and also what it is not):

There are a number of things that networking is not, and it is important to keep those in mind as well:

So we’ve looked at what networking is, what it involves, its purpose – and we have looked briefly at what networking is not. In a job search, however, you are after more practical information – not merely an academic definition of networking and why it is important, but how to do it. It would be fair at this point for you to say, “Okay, now give me some ‘practice tips.’” So let’s use the remainder of our time together in this article to look at some of the “do’s” and some of the “don’ts” of networking during a job search. For that, it might be useful to identify a role model.

One of the best networkers of all time was Jesus. He never missed an opportunity to engage with the people He encountered and bring them into His network. Some of the techniques He used are just as relevant and valuable today as they were 2,000 years ago. Let’s look at some of the things He did and see what lessons we can learn.

Don’t Be Picky – Everyone is a Prospect

One mistake people often make in networking is to pre-judge whether or not someone is worth an investment of the time and effort involved in getting to know them. Although it is true that not everyone you meet is a candidate to hire you, there are many other ways someone can be helpful to you in your search. The goal is to build a network of relationships in which everyone is on the lookout for ways to help others be successful.

Look at the people Jesus engaged as He built His network. There were uneducated fishermen, a tax collector who worked for the hated Roman government, beggars, even a prostitute. Consider Jesus’ encounter with the woman at the well as recorded in John 4:6-29. She had so many strikes against her – she was a Samaritan, she was an immoral woman who had left a trail of failed marriages and was currently living with a man who was not her husband. Yet Jesus showed an interest in her – indeed, He completely changed her life. In return, she went into the city and told people that she believed she had met the promised Messiah. “Come see,” she said to them, and people came out of the city to see for themselves. As a result, Jesus’ following – His network if you will – continued to grow.

Do Ask Lots of Questions

Another common mistake in networking is to launch right into your pitch. “I’m looking for a job. Here is my background. I’m sure I can help your company be successful.” A mutually beneficial information exchange involves asking the other person questions and then tailoring your comments to the answers you receive. (This is a helpful tip for interviewing as well.) A keen observer of His technique of interaction pointed out that Jesus asks over 200 questions in the many encounters with others recorded in the Gospels. Very rarely does He provide the answer. The question alone is enough to stimulate curiosity or to make His point, and this draws the other person in. Asking questions shows the other person that you are genuinely interested in them. This is an important first step in building trust – in building a relationship.

Don’t Be Discouraged When You Encounter Negativity

Although everyone you meet is potentially a prospect to join your network, not everyone will be receptive to engaging with you. When you encounter negativity, don’t be discouraged. Indeed, if the other person shows no interest at all, don’t waste time trying to overcome that resistance. Move on! Remember Jesus’ advice to his disciples when He sent them out to preach as recorded in Matthew 10. He tells them exactly how to respond when they encounter a town or a household in which the people are not receptive to their message: “And whoever does not receive you or heed your words, as you go out of that house or that city, shake off the dust of your feet” (Matt 10:14). This is a powerful image – He is telling them not to carry the baggage of a negative encounter with them but instead to simply move on. Sometimes in networking, this is necessary.

Do Communicate in Stories Rather Than Bullet Points

When clients at the WorkFaith Connection are being trained in interviewing techniques, they are taught to back up statements about their background and accomplishments by offering proof in the form of stories. It is one thing to say, “I’m a team player.” It is quite another to give a specific example in the form of a story about a time when you “proved” that you were a team player. People would rather hear you tell your story than hear you rattle off a list of facts about your background. Do you have a story? Of course, you do. Everyone does.

No one communicated more effectively using stories than Jesus. We call the stories He told “parables.” More than 50 times in the Gospels, Jesus makes a point or responds to a question by using a parable. He could simply have stated the point of the parable in the form of a teaching. Why did He use stories instead? In the case of Jesus, the answer to that question is a bit more complicated because He knew that some would understand the point, and some would not. But the key is that those who did grasp the point saw it vividly and remembered it. The same is true in a networking encounter. You will make a more lasting impression by relating your background in the form of a story. But remember to ask the other person to share their story as well. Furthermore, as noted above, follow up that request with lots of questions. Remember, the goal is a mutually beneficial exchange of information – information that “sticks.”

Don’t Focus Solely on Your Goals and Needs

This is perhaps the most important yet also one of the most frequently overlooked aspects of networking. Remember, it’s not entirely about you. In your job search, you will often encounter people who are not looking for a job. They are secure in their employment, and things seem to be going well for them. You may think, “I don’t really have anything to offer this person, but maybe he/she can help me find the job I am looking for.” It would be a terrible mistake to approach a networking encounter based on that assumption.

You should always be looking for ways in which you can help the other person be successful. To do that, you need to ask questions to flush out whatever their needs are. Ask questions like, “How might I or someone in my network be helpful to you?” Suppose the person is in sales and responds by saying, “Well, my company has set really high quotas this month, and I’m a little behind, so what I really need are some more sales leads.” An obvious follow-up question for you would be, “Tell me what an ideal sales lead looks like for you.” There may actually be someone in your network who is in purchasing or who runs a small business and needs exactly what this person is selling. But even if there is not, you have shown an interest, and you can say, “Well, I’ll certainly keep my eye out for someone to put in touch with you.”

Returning to Jesus as our role model, take note of His teaching in the Sermon on the Mount regarding how we should treat the people we encounter. Some call this teaching “the Golden Rule.” “Therefore, however you want people to treat you, so treat them, for this is the Law and the Prophets” (Matt 7:12). You can be assured that the networking contact in the hypothetical example above, in whose needs you have shown a sincere interest, will be much more likely to want to help you find job leads than if you had approached the encounter strictly from the point of view of how they could help you. That is what networking is all about.

Houghton Hutcheson recently retired after nearly 40 years as a professional recruiter and is in the early stages of launching a second career as a Christian coach. He holds a Master of Biblical and Theological Studies degree from Dallas Theological Seminary plus two earlier degrees from the University of Texas and Princeton University. Houghton is an Elder at First Presbyterian Church of Houston and a long-time volunteer at a variety of Christian ministries throughout the city, including WorkFaith. Houghton has been married to Claudia Talley Hutcheson for 44 years and together they have five adult sons and five grandchildren.